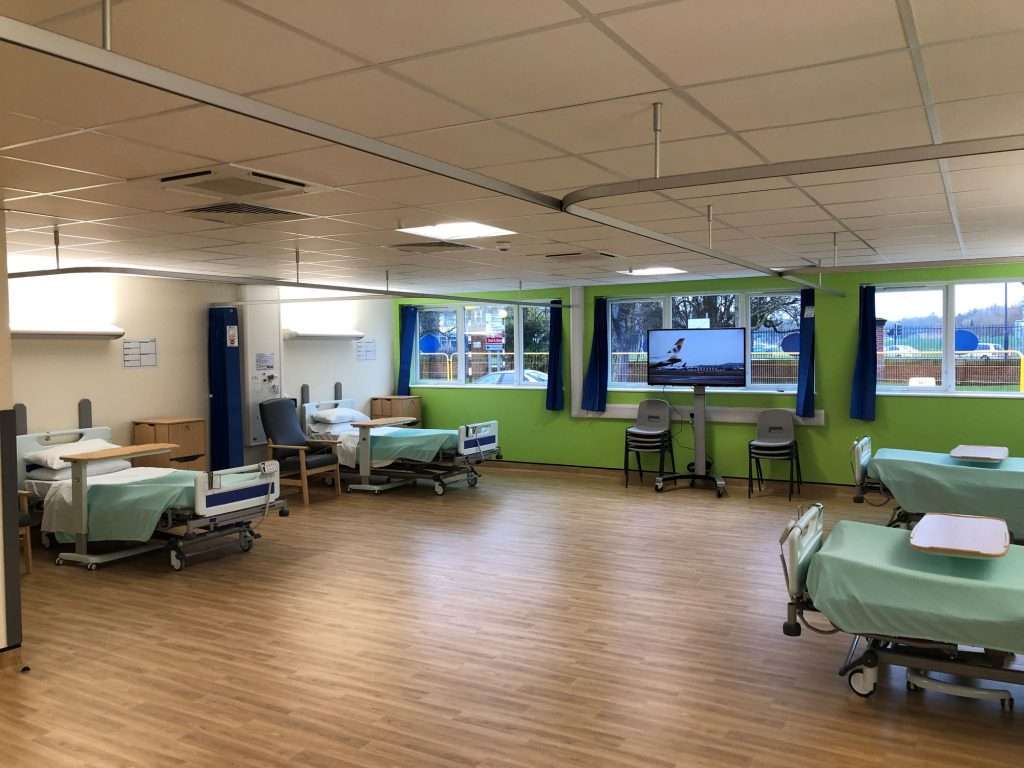 In October last year, the Royal Derby Hospital Trust approached us to help find a solution to their pending winter pressures. Modular was an obvious option due to the extremely tight programme and site constraints.

Following a meeting between Catfoss’ Management Team and the Trusts’ Executive Committee, it was understood speed of delivery was essential for this scheme to be successful.

Catfoss prepared outline designs, preliminary programme and budgets within 48 hours of this meeting.

Following a presentation of Catfoss’ proposed solution, an agreement was reached and Catfoss mobilised the very next day (26th October 2018).

Just 2 weeks later Catfoss began work on site to prepare for the new building, the first modules being installed on 24th November 2018

74 days from closure of the car park Catfoss handed over the keys to the Royal Derby Hospital Trust, delivering a brand new 28-bed ward that was able to admit patients that very morning. 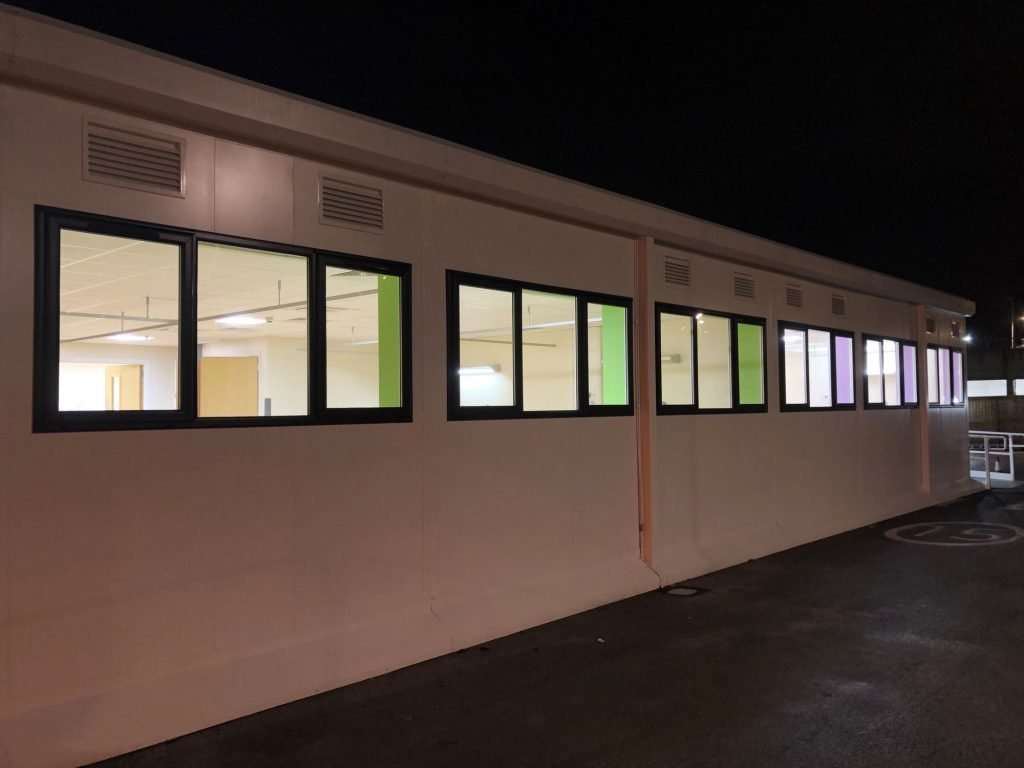 Director of Patient Experience, Estates and Facilities Management commented in an email to us thanking us for our work: “I have just left a fully operational ward having sat chatting to a patient who was saying how lovely the room was and how nice the staff looking after her were.”

He goes on to comment how the Catfoss team “could not be closer” in our commitment to working with the NHS on this project and that Catfoss were “the right people to build the ward for us.”

Here at Catfoss, we’re proud to have worked in partnership with the Royal Derby Hospital Trust to help provide the much-needed extra space for the patients of the hospital.

From the very first phone call to the moment we handed over the ward, everybody involved in the project worked to the highest standard and showed dedication and determination to get the job done. 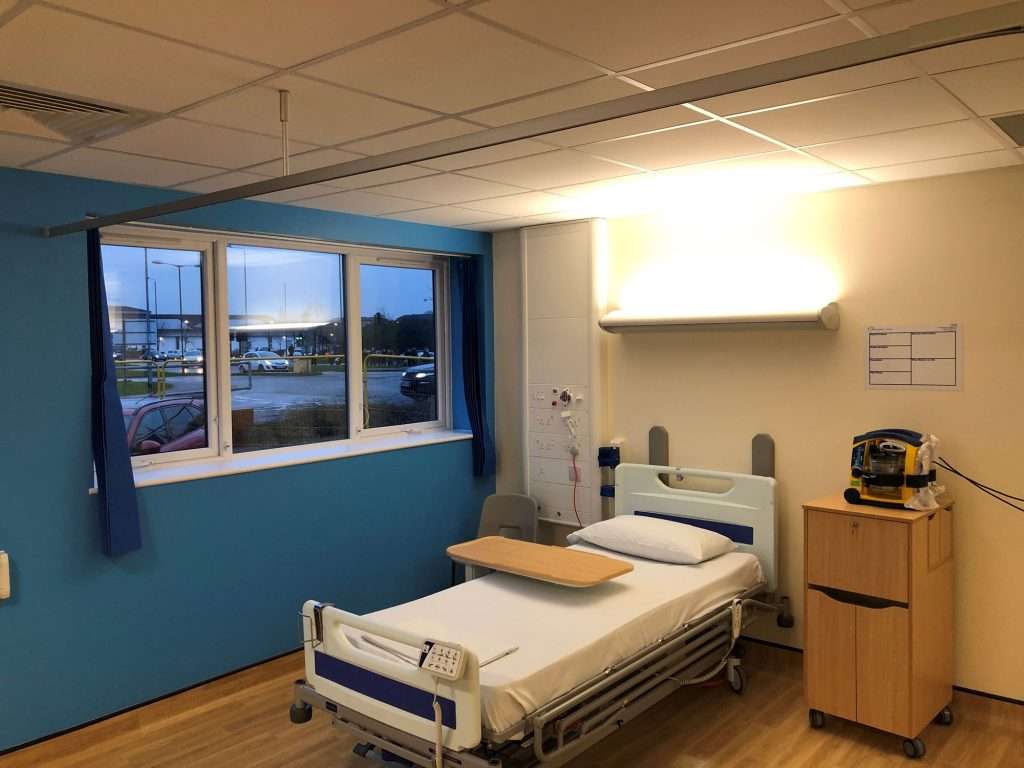 In just 97 days we went from initial discussions to architectural design, manufacture, site preparation and installation.

Here’s how it happened:

Royal Derby Hospital Trust initially reaches out to Catfoss for a solution.

Catfoss present our plan to the Royal Derby Hospital Trust Board, agree details and “shake hands” on the delivery of the scheme.

As the paperwork is finalised, Catfoss mobilise our team and begin the manufacture of the modular units.

The car park where the modular units are to be installed is closed and preparation begins to receive the modular wards.

Catfoss deliver the first of the modular units to site and work progresses quickly and efficiently.

Christmas is cancelled as a very committed Catfoss team work through the holiday period.

The Royal Derby Hospital Trust are given access to the modular wards to begin their cleaning and stocking processes and prepare for patients.

The wards are completed and handed over to the Royal Derby Hospital Trust and patients are admitted from 9am that very morning. In total, Catfoss were on site 68 days following the installation of the first modular section. The “turnkey” package of works consisted of Architectural design, manufacture, site preparation, modular installation & specialist site fit out.

The very first evening meal ready to go out to the patients.

General Manager of The Royal Derby Hospital, went on to say: “A great feeling of teamwork all round.”

Chief Executive of the University Hospitals of Derby & Burton added: “Well done for such an outstanding team effort. The cold snap has finally arrived and with it will be the inevitable increase in admissions. You can all be sure that what you’ve achieved will directly benefit our patients helping us to keep them safe and well cared for.”

Royal Derby Hospital has been designed to be a fully compliant HBN, HTM and Dementia friendly ward, using evidence-based best practise guidance on the design and layout of clinical and ancillary spaces; addressing physical issues such as lighting, colour contrast, signage, texture and sensory stimulation.